Another Step Forward For Smart Village

The foundation is still being laid for the Smart Village Project to begin implementing digital technologies in 456 villages. James Sider, founder of Apollo Fusion as part of Googlex, signed an MoU for clean energy technologies with Mr. Mutyala Naidu of A. Nannaya University and Mr. V.S.S. Kumar of Kakinada University. The team and Mr. Sider have been in talks with Mr. Nara Lokesh, the Cabinet Minister of Information Technology for Andhra Pradesh. 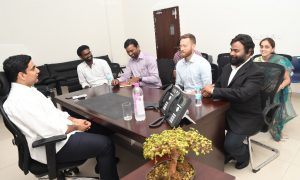 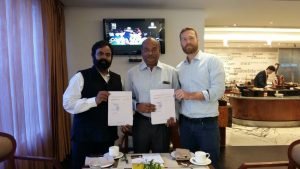 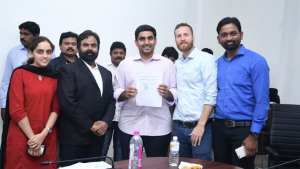 The potential for this technology to benefit villagers is promising, as Solomon Darwin illustrated at the MLA (Member of Legislative Assembly) presentation where, Mr. Nara Lokesh was also present. MLAs and government officials are all eagerly awaiting implementation of Smart Village aspects, especially such groundbreaking technologies as what Google and Apollo Fusion are offering.